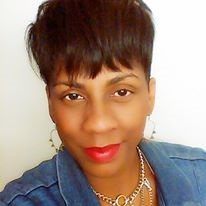 Dig the Music.Support a Movement.

April Woodard is the winner of this summer’s Start Up Weekend in Detroit, where she met Bonfires host Romy Gingras.

Native Detroiter, Woodard has been a part of the urban music scene for many years, as a promoter, marketing strategist and an artist representative. She’s the founder of the company, Digital Lungz and is an expert in audio and video technology.

April shares with Romy the genesis of her idea for Give Lyrics. April says she created it because she’s a music fan. One of the first things she does when she goes to a concert is look for “the merch,” the T-shirts, posters, and other swag, that she can buy. But, Woodard saw a need for fans to express themselves with unique art on their apparel, and she also saw a great way to give back to the community as a whole. Give Lyrics will partner with the social-responsibility programs of music labels, and cause marketing, philanthropic programs launched by artists. Portions of each sale will go to these causes. The design of music art and purchases, of the merchandise, will be made through her new website, which is still in development.

Rock-Concert goers of all ages will understand why the Give Lyrics idea is an award winning one, as April and Romy talk about how T-Shirts get passed down from generation to generation. How many of us have concert paraphernalia that we just cannot bear to throw out, or give away?

If you’re a rap fan from way back, from old school, through to today you probably have seen April at performances, or have read quotes from her in Detroit area publications such as The Examiner or, you’ve read her posts on Tumblr.